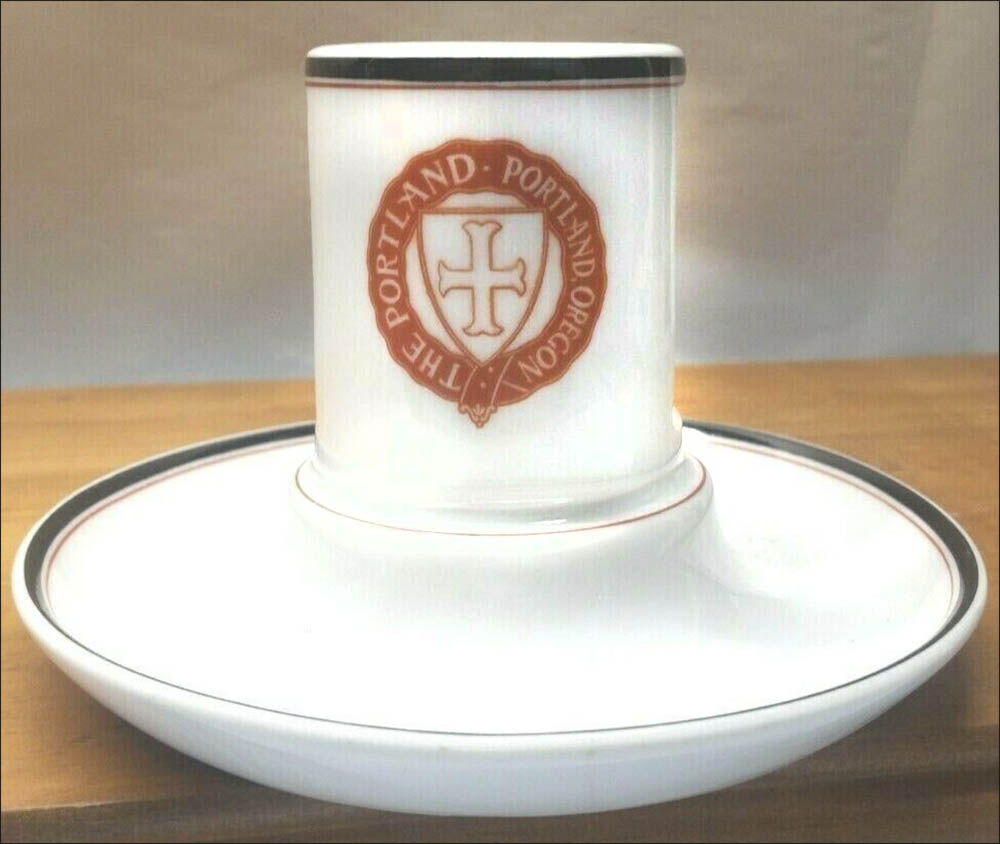 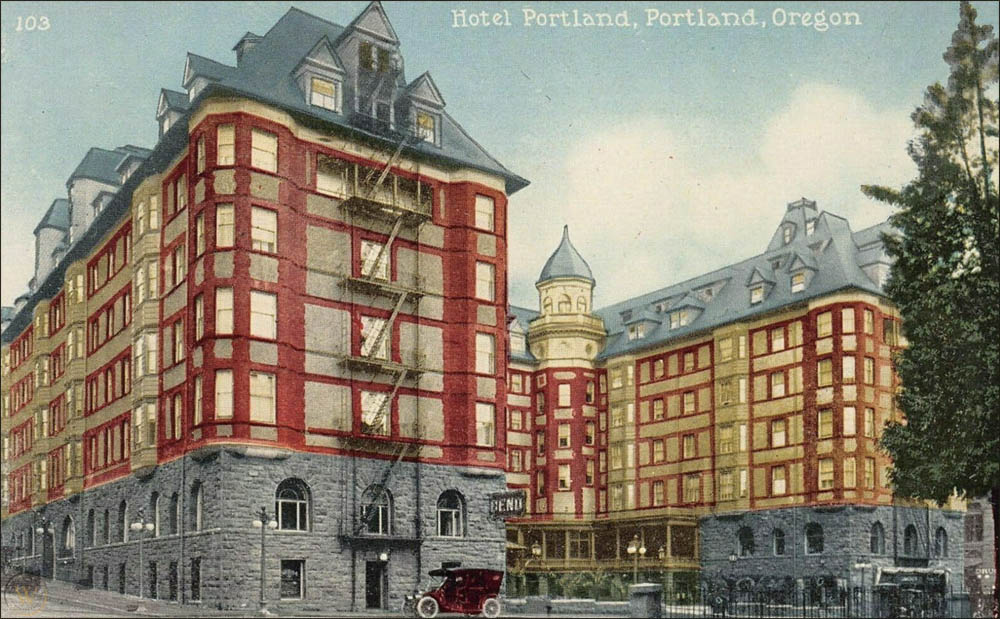 Match holder/ashtrays crested with The Portland garter belt logo were made by an unknown pottery. They were probably part of the hotels early bedroom china service. They have green rim lines with a red pin line below.

A Syracuse sample plate from around 1901 contains two similar Portland crests in brick red. However the cross in the center of the shield is brick red rather than clear as on the match holder.