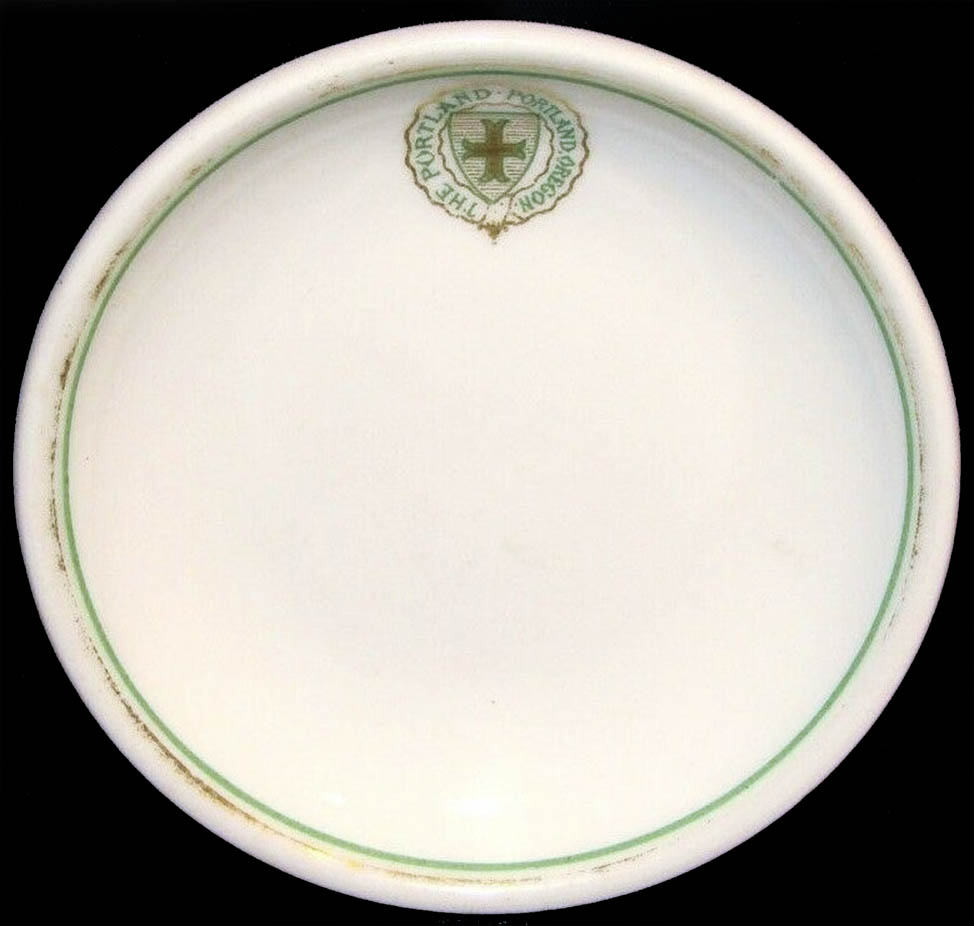 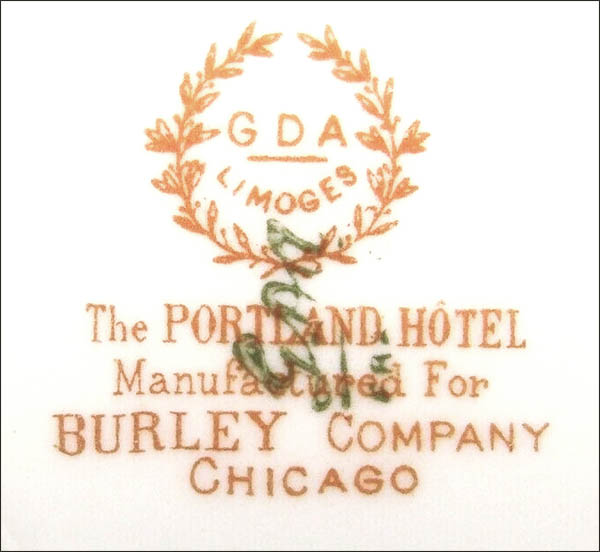 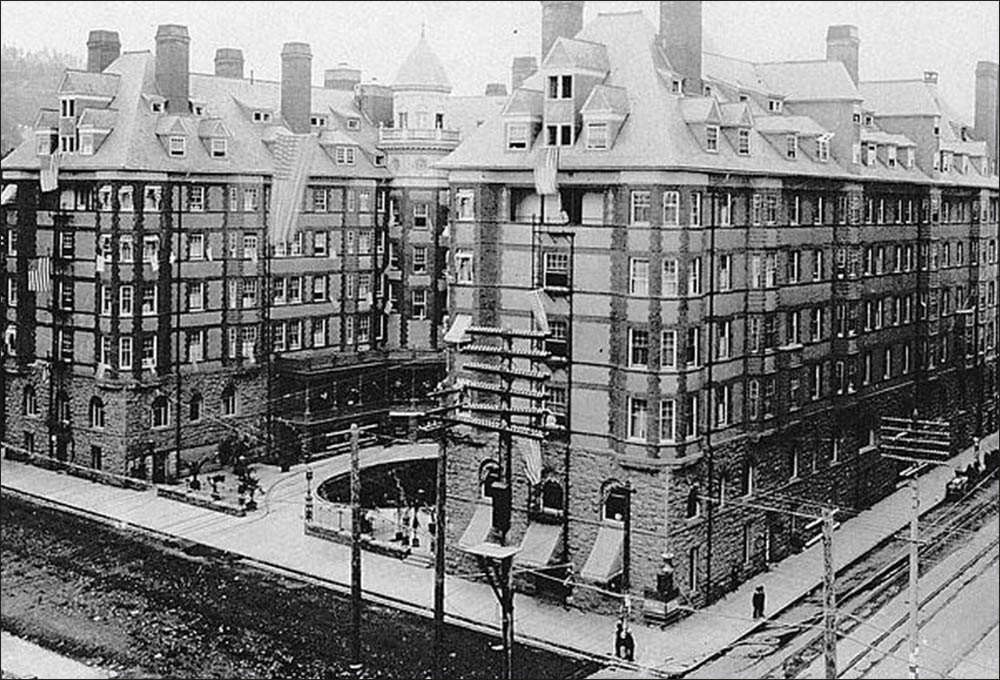 GDA, of Limoges, France  made a service that has The Portland crest in green and coin gold. This set contains a coin gold rim line with a green line below it.  Burley Company of Chicago was the distributor.