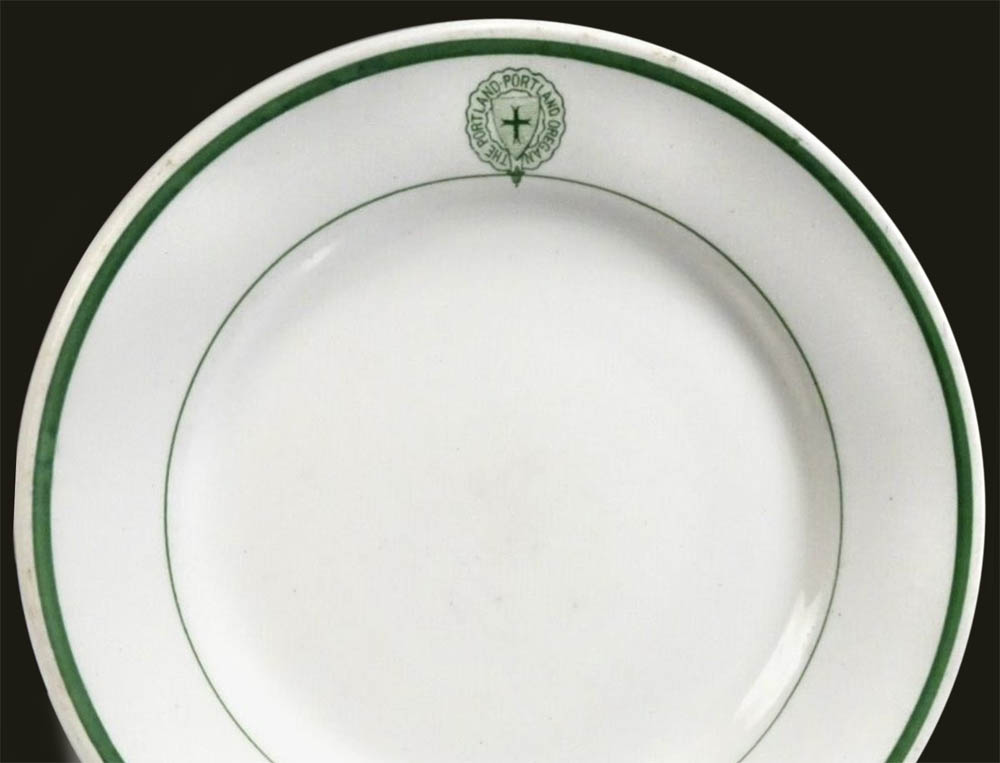 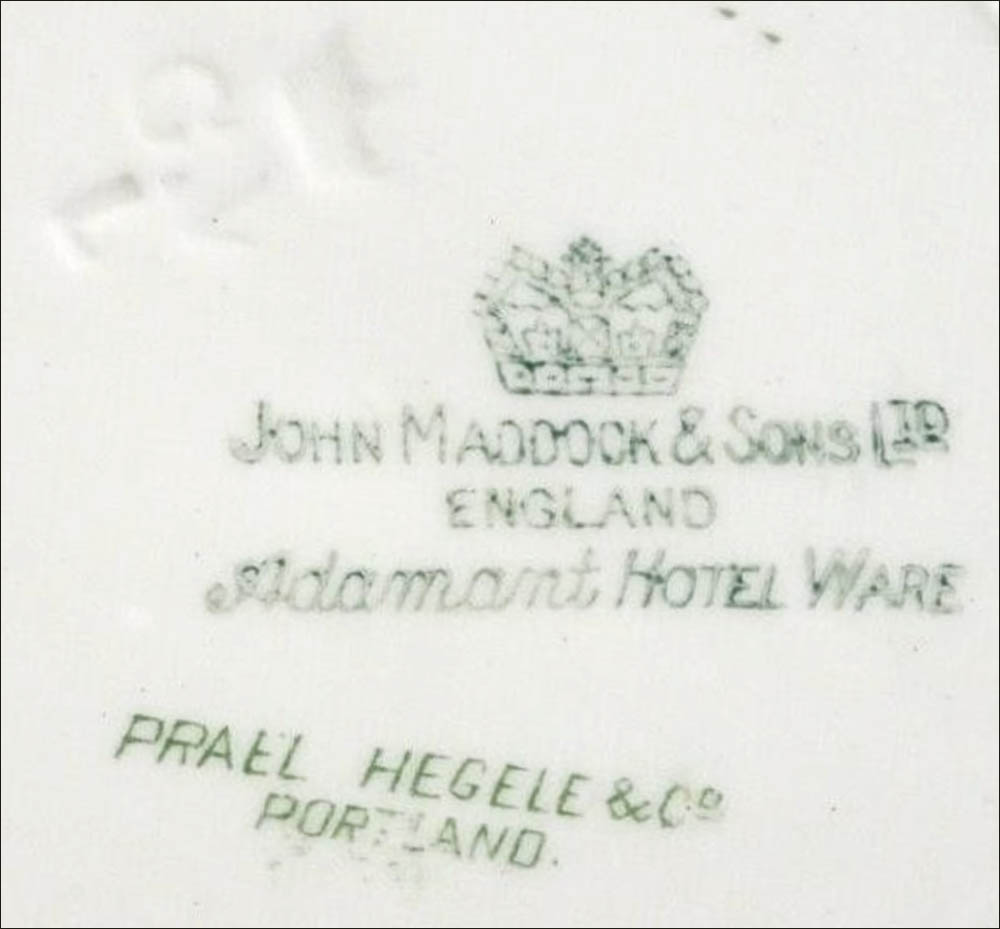 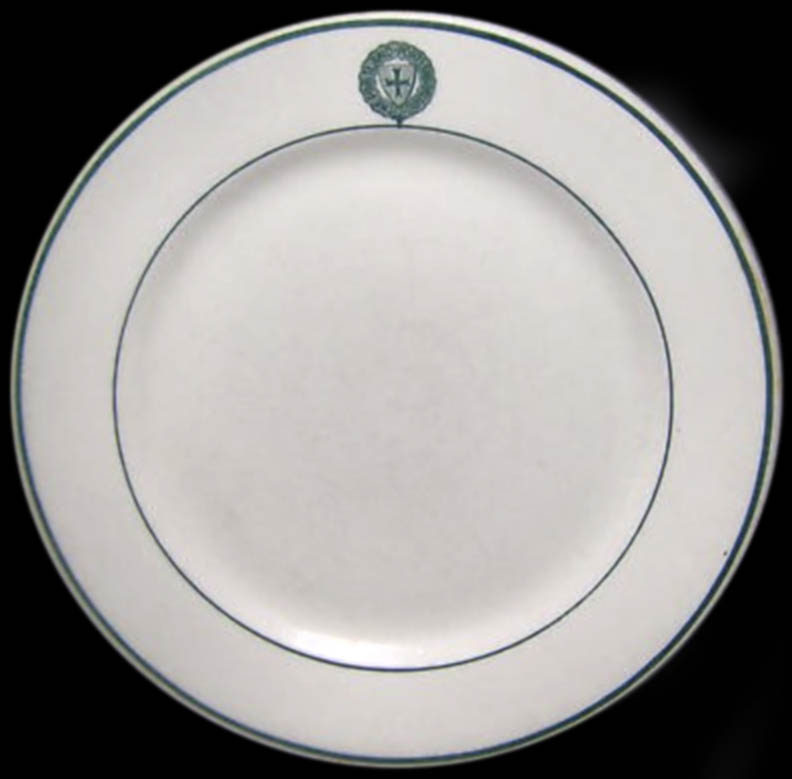 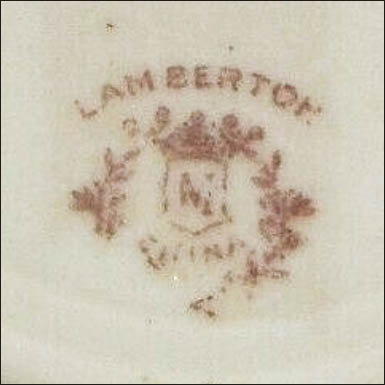 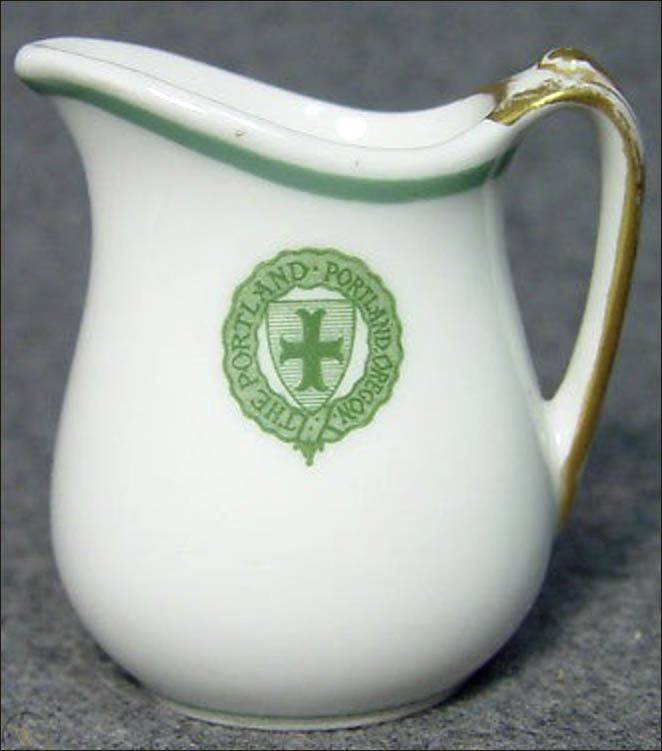 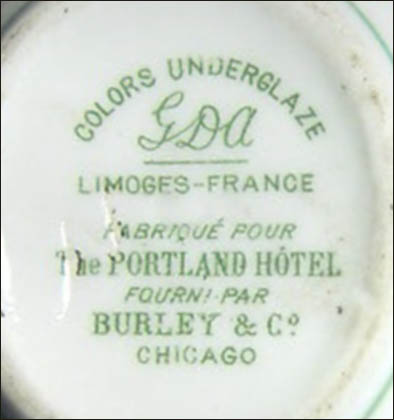 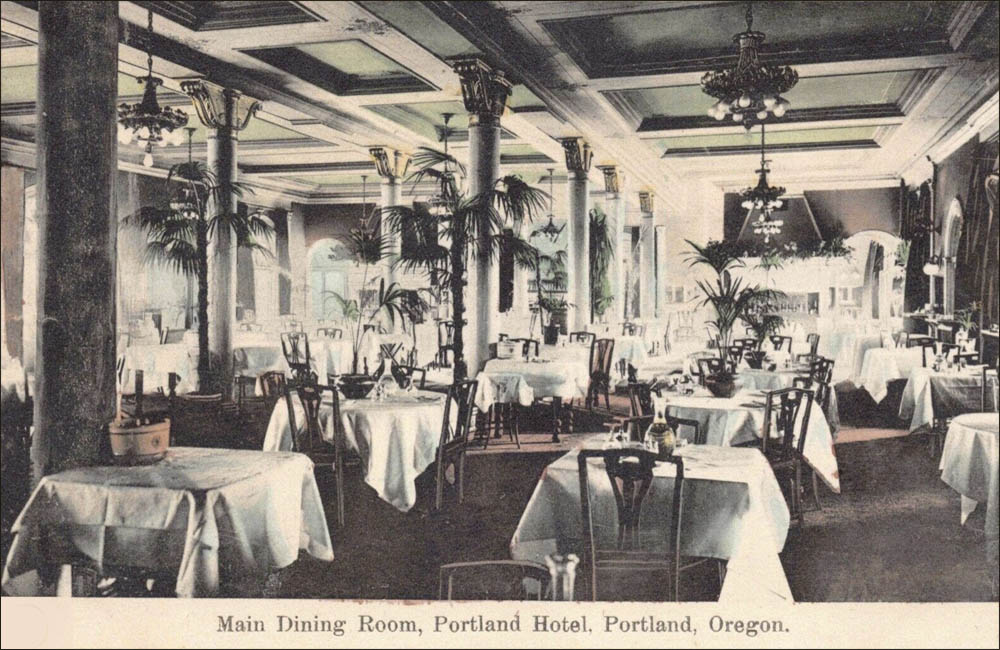 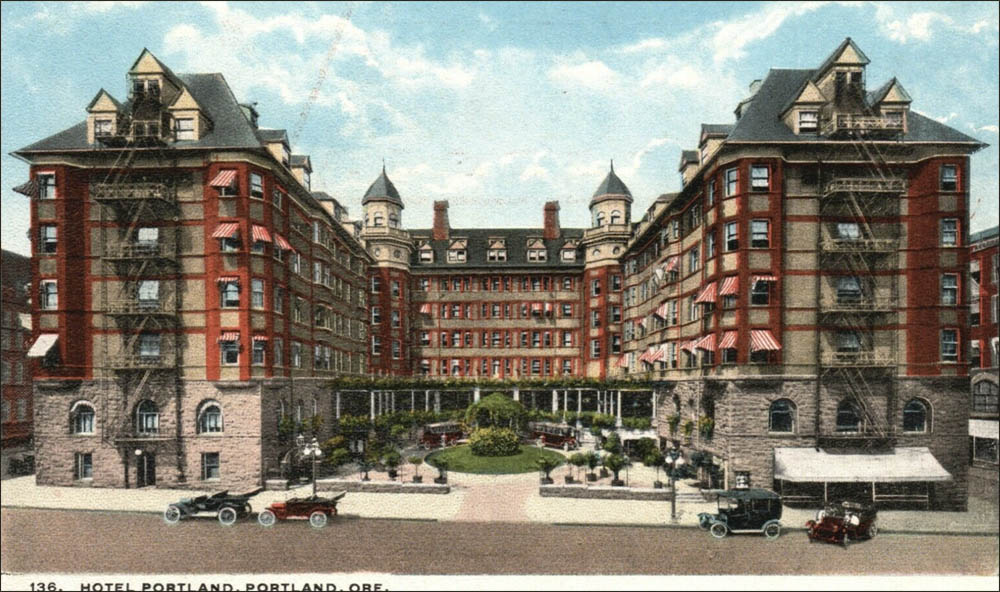 During the years of its operation The Portland Hotel had a number of crested china services. Most of these contain variations on the hotels cross within a shield, within a garter belt logo. There is one pattern that is known, but so far no example has been found. It is reported to have been "fine china exquisitely decorated with scenes from Oregon history."

Maddock Pottery of Trenton, John Maddock & Sons, of England, and the GDA pottery of Limoges, France, produced china with a green transfer crest. It is a green cross within a shield that is within a scalloped-edged garter belt containing "THE PORTLAND – PORTLAND OREGON." There are minor variations to the crest by the different makers.  This china service has a green rim line and a green pin line at the verge.  An ice bucket with this crest can be seen on  the table in early views of the dining room.