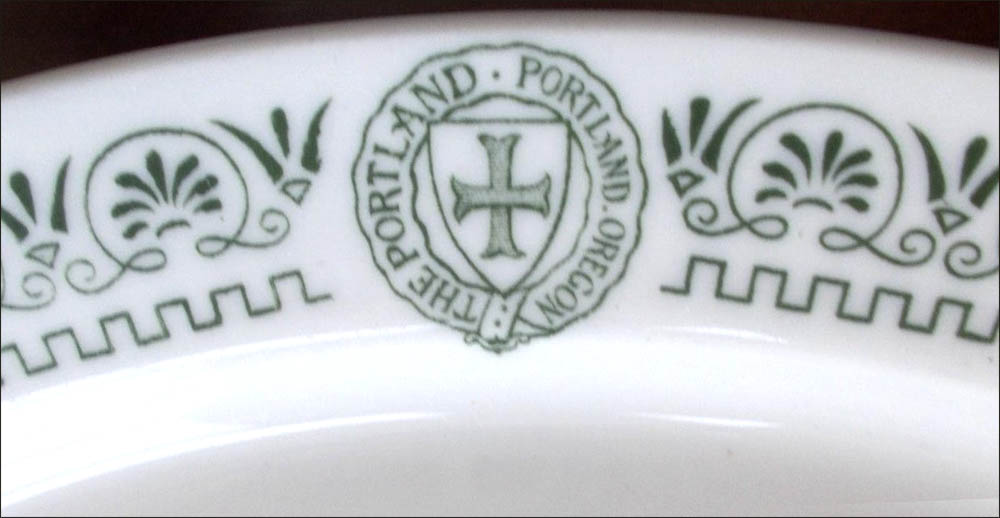 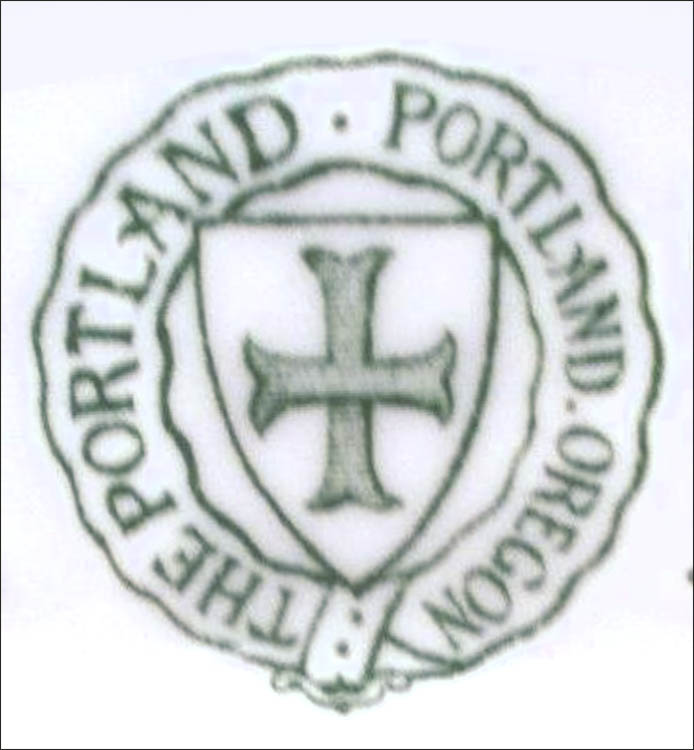 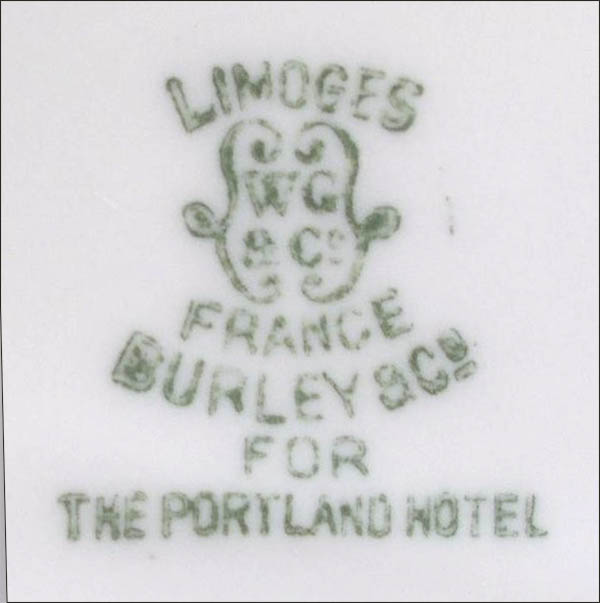 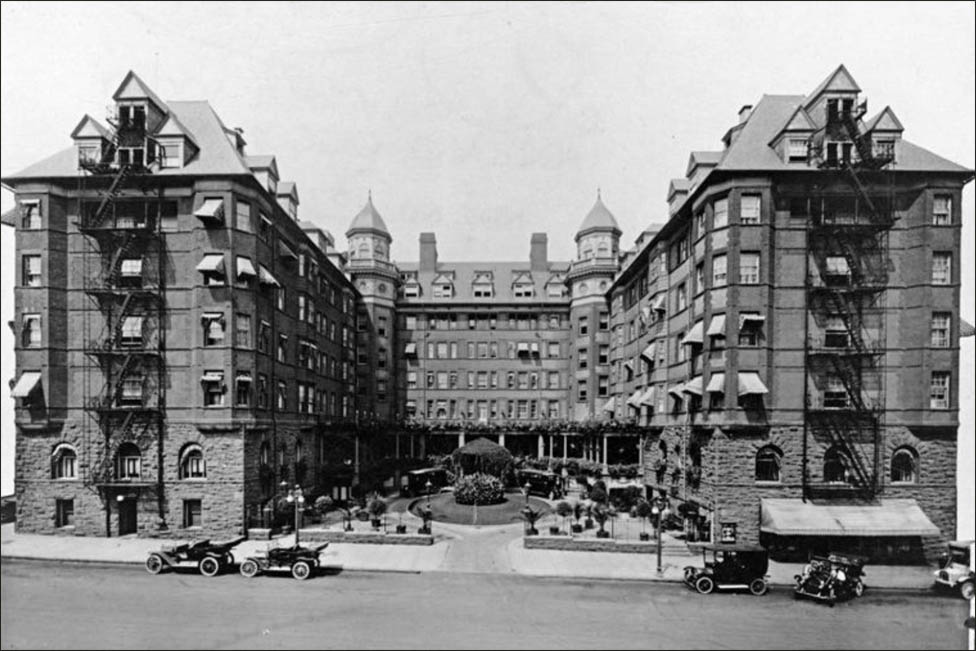 William Guerin & Co., of Limoges, France  made a service for The Portland that has a crest in green. This service has a flanking green border of stylized Greek antefix ornaments within curved lines.  Burley Company of Chicago was the distributor.