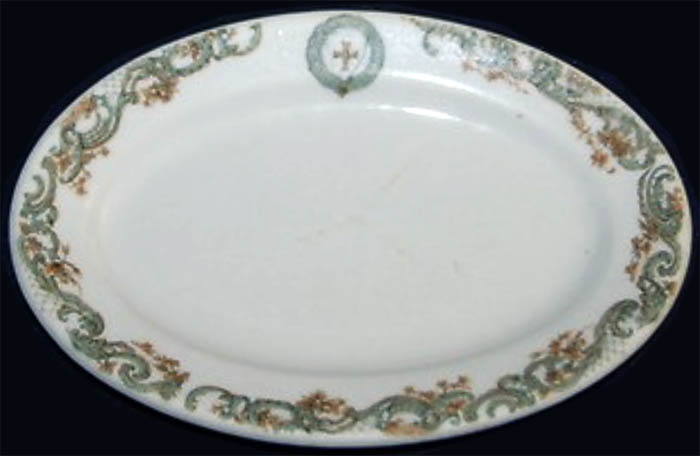 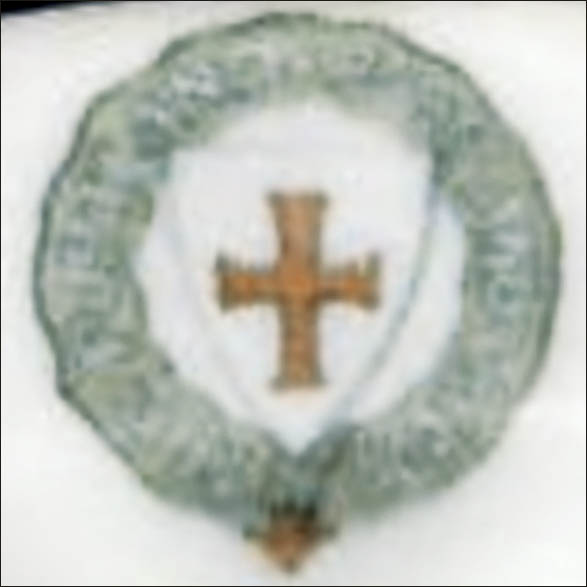 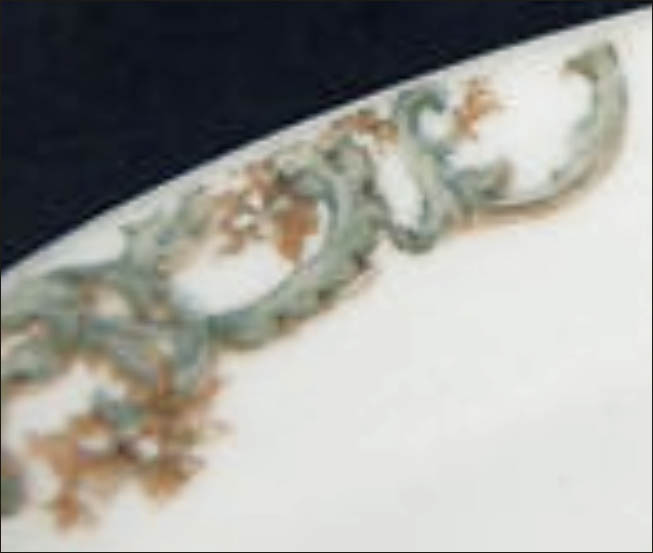 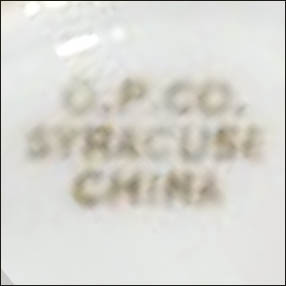 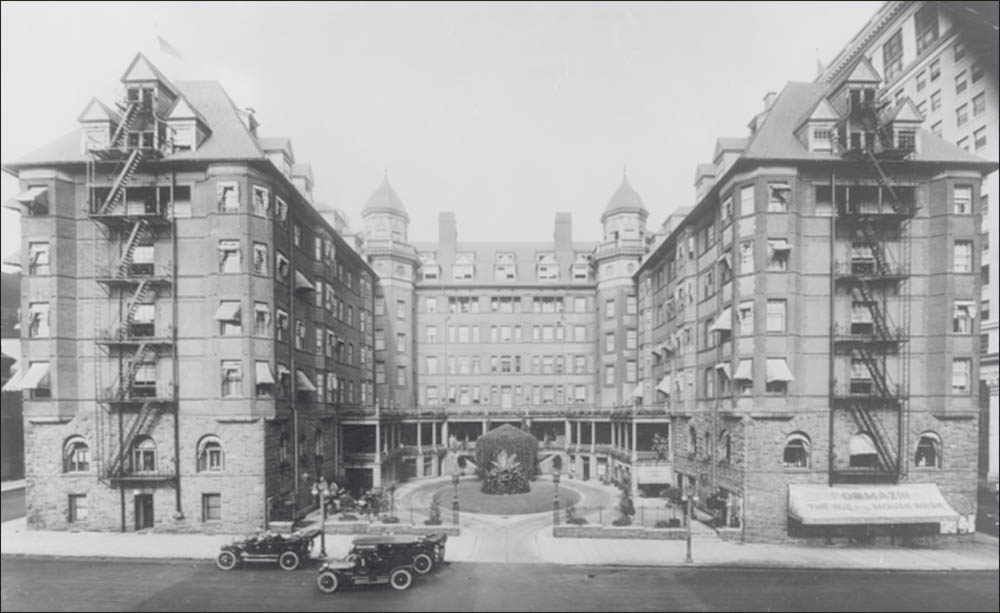 Syracuse China produced a pattern that has the Portland Hotel crest in green with a red cross. The decal border that flanks this crest contains green acanthus scrolls and red and yellow flowers. The only known surviving example of the pattern is a 7" x 4 3/4" platter. The back stamp on this platter is the stacked "O.P.Co. Syracuse China" mark, but no date code is visible on the source photo.